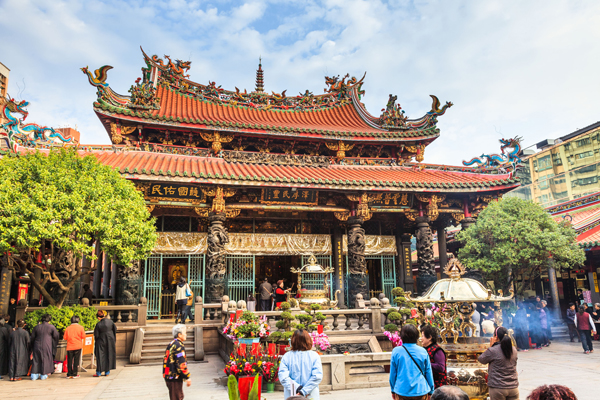 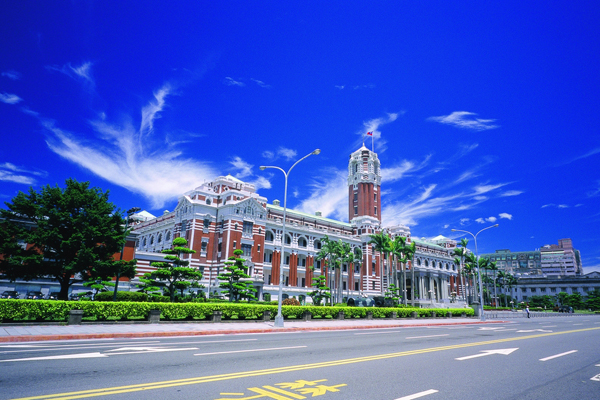 Presidential Office Building
See the highest authority building in Taiwan, which was designed by a Japanese architect during the Japanese colonization period. 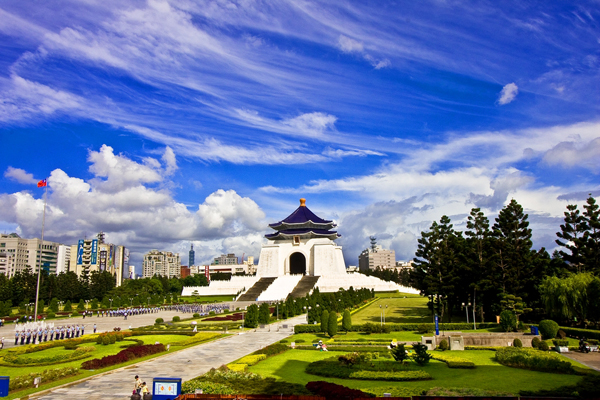 Known as the most prominent historical landmark in Taiwan, the CKS Memorial Hall was built to honor and commemorate the former President of the Republic of China. 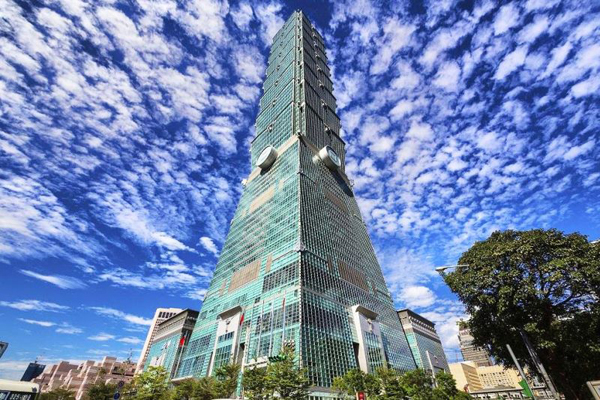 Taipei 101 is known as the tallest green building in the world. Besides its amazing heights, Taipei 101 is designed to withstand typhoons and earthquakes. This skyscraper houses a mix of office, shopping mall, food court and restaurants. What’s more, you can ride the fastest elevator to 89th floor in 37 seconds and see the beautiful view of amazing Taipei city. 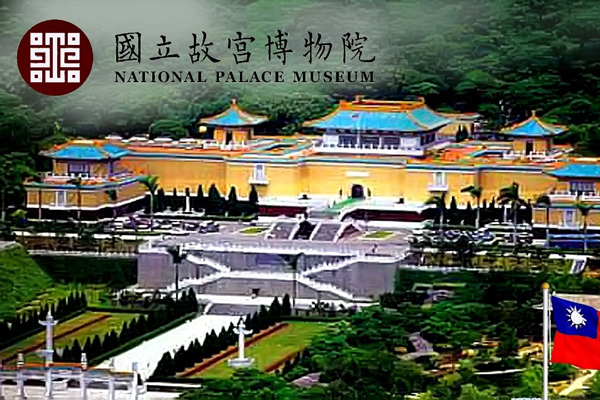 Over 600,000 of the most precious artifacts, National Palace Museum houses the greatest collections of Chinese art and antiques. Explore 8,000 years of Chinese history and enjoy the display of the rich cultural heritage! 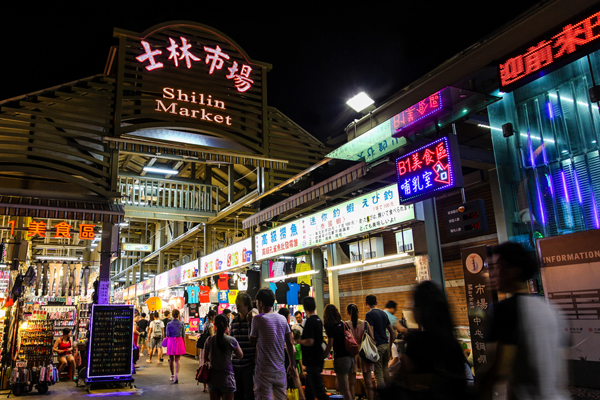 Shilin Night Market is the one of the largest night markets in Taipei. Shilin Market was built as early as in 1899 and the market is famous for various snacks and eatery. Many visitors have come to enjoy the delicious foods, so it has become a renowned place for great foods.

Located on the coast west of Keelung, Yeliu Geopark sits on a spit of land jutting out into the East China Sea that resembles the badlands regions of North America, or perhaps an alien landscape in a science fiction movie. The highlights of the site are the large “mushroom rocks,” so named for their resemblance to certain varieties of edible fungi. The most popular rock with tourists, by far, is the Queen’s Head Rock, a regal formation created in part by the corroding effects of seawater and wind. The geopark is also a favorite with fossil fans, with many beautifully preserved, timeless specimens etched into the landscape. 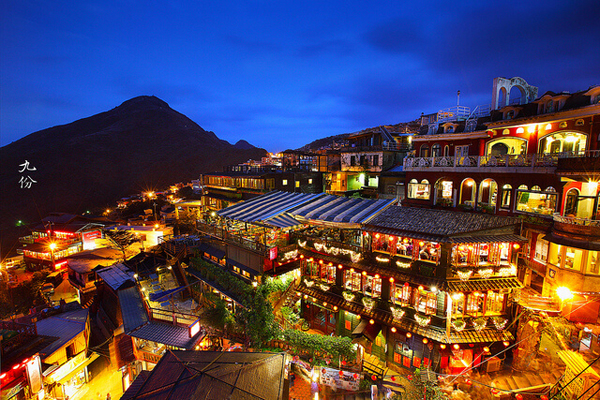 Jiufen owes its existence to gold (which was discovered in the hills behind the village in the late 19th century), and later to copper. The area around Jiufen and neighboring Jinguashi was discovered to hold one of east Asia’s richest sources of precious metals, and there was a huge influx of islanders to work the mines, which gave the area such prosperity that Jiufen became known as “Little Shanghai.” It boasted bars, a movie theater, and even performances of Chinese opera. It’s estimated that the two villages attracted over 100,000 workers during the 1920s. 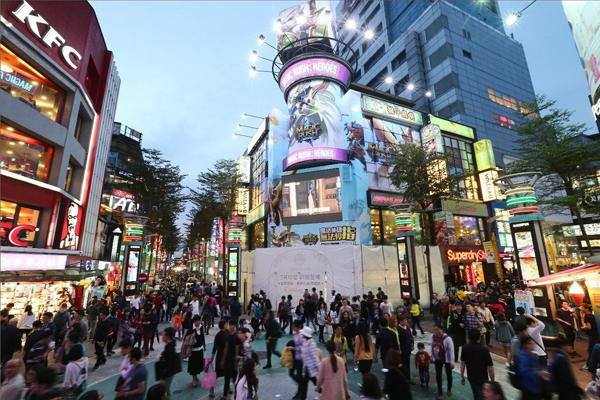 Located in west Taipei, Ximending is one of the most popular tourist spots among both local and international travelers. Ximending features a wide selection of fashionable clothing and accessories in many styles include Japanese, Chinese and Western. It is often a gathering site for young people and has been noted the most fashionable and popular shopping area in Taiwan.

It’s a beautiful secret attraction in Shiding. While this unbeaten track was discovered by people, it suddenly catches everyone’s eyes. Actually, it is a catchment area of Feitsui Reservoir which is surrounded by tea farms and hidden in the mountains. However, it formed the amazing view which looks like thousand islands in the lake. 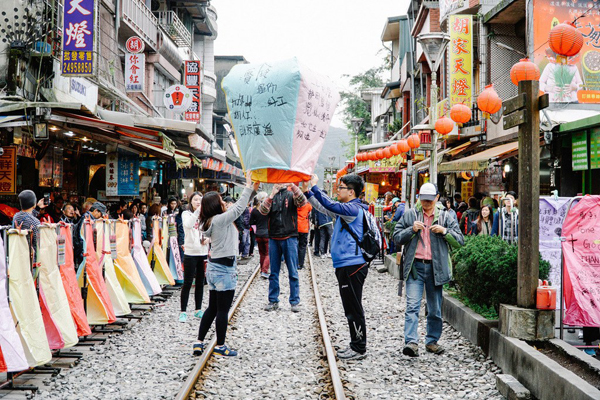 Make your wishes come true! Along Pingxi branch line, Shifen is the most famous stop for sky lantern and waterfall. It is said that once you wrote the wishes on the lantern and lightened it up, your dreams will come true. Remember to lighten up your wishes and sent it up into sky while visiting this nostalgic town!